You are here: Home › History › Then and Now roving exhibition › Town Bridge

The bridge opened in 1899, a year after the nearby Hayhurst Bridge, making it the second electronically controlled swing bridge in the UK.

It was closed for several months in 1924, for vital repairs and strengthening during a period known as Northwich’s “Big Lift”, when a number of buildings and roads were raised to combat the effects of subsidence.

In 1998 further extensive repair work was undertaken on the bridge. A crane which was being used to build the Millennium Dome was transported to Northwich especially for the job. The bridge was moved to a nearby car park for repairs, but the move did not go as smoothly as planned. The lift had to be delayed for two days as the 330 tonne bridge was too heavy for the crane. 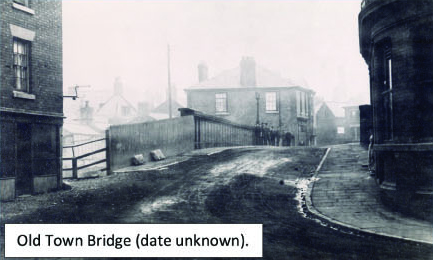 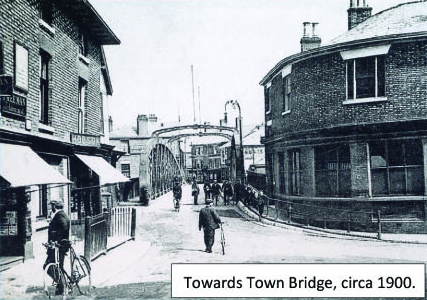 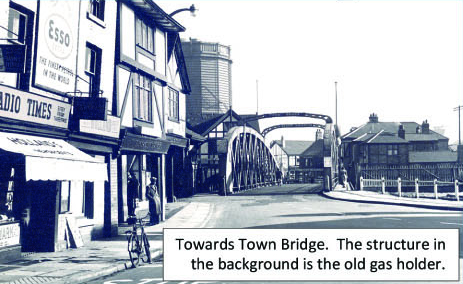 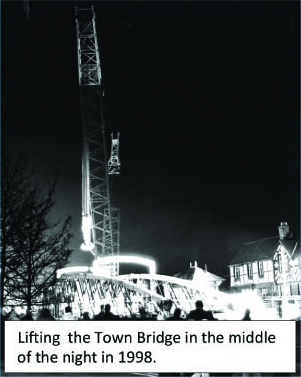 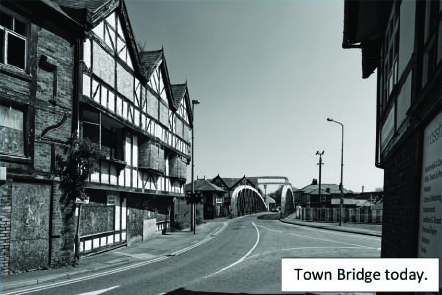