You are here: Home › History › Then and Now roving exhibition › The Bull Ring

The Bull Ring was the location where the ancient custom of bull baiting took place. The bulls were chained down by a ring through their nose and left to defend themselves against dogs, specifically bred and trained to fight them.

The Angel Hotel was a large Georgian Building located where the Natwest Bank is today. It was one of the most important buildings in the town, and much business was conducted there. A 16 year old Princess Victoria stayed there whilst visiting the town, two year before she was to become Queen.

Damage, through subsidence, resulted in the building developing a leaning appearance and was described by an American visitor as not having, “…a straight line in it, either vertically or horizontally.” The building was eventually demolished in 1924. 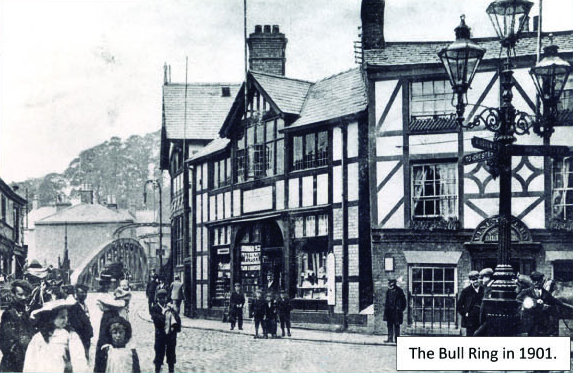 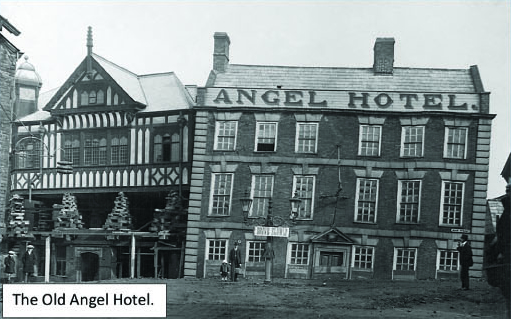 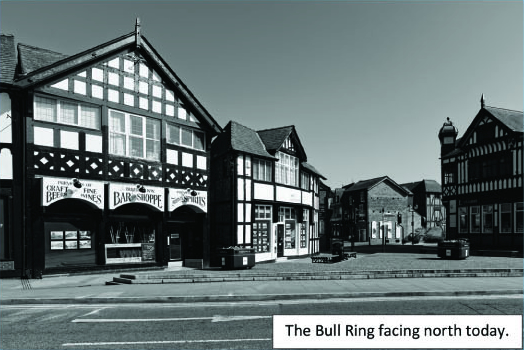