You are here: Home › History › Then and Now roving exhibition › Northwich Library

The original Northwich Library was established in 1885, with significant financial support from Sir John Brunner, co-founder of the successful chemical company Brunner, Mond and Co. The Brunner Free Library featured a salt museum and art display.

The building was damaged by subsidence and despite renovation work was eventually demolished. A journalist visiting the town in 1907 described that upon entering the library he, “experienced sensations usually associated with the deck of a ship in a heavy sea,” and, “expected every moment to collide with the wall.” A new replacement building was provided by Sir John Brunner in 1909. 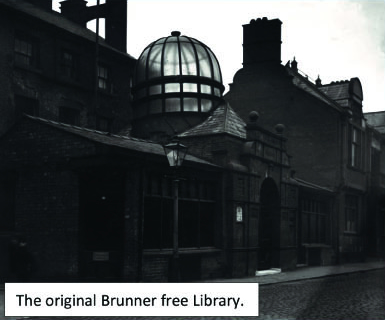 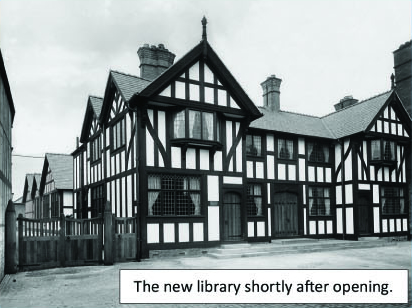 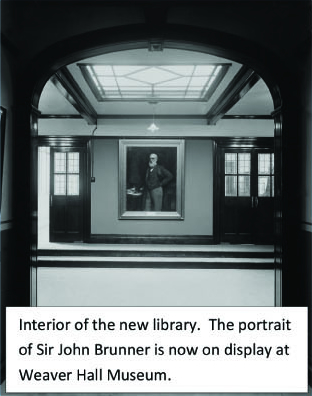 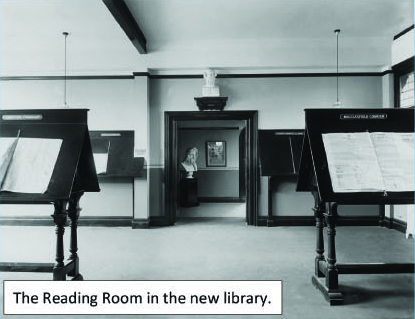 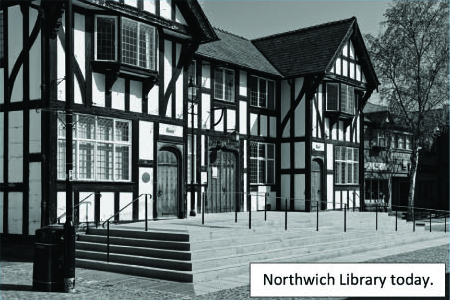