You are here: Home › History › Then and Now roving exhibition › Market

Historically, Northwich Market was held in the space where the Bull Ring is today. The former Market Hall was built in the 1870s, designed by architect John Douglas.

The Market Hall was a half-timbered Gothic building, with drinking fountains and the town’s fire bell outside. Next door was the fish market.

The building stood for 90 years before being demolished in 1966 and a new modernised more functional building constructed from concrete was built nearby. 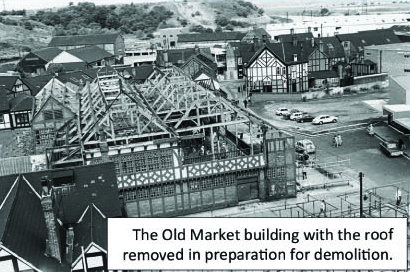 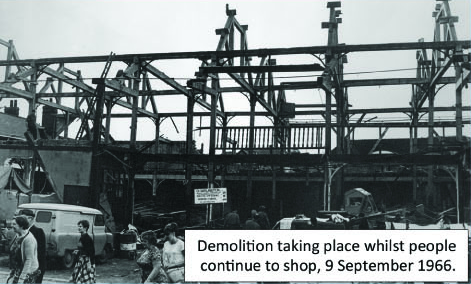 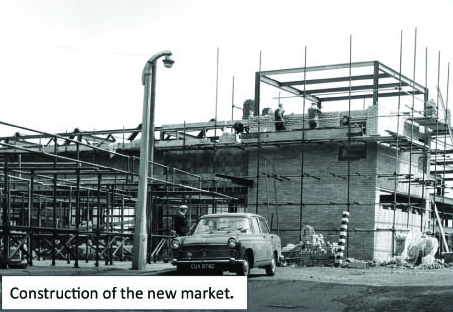 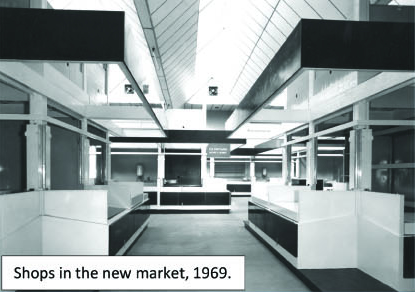 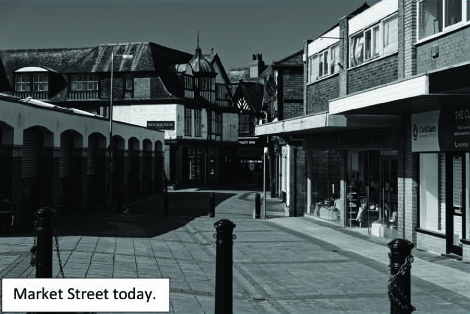