You are here: Home › History › The Birtles collection of photographs 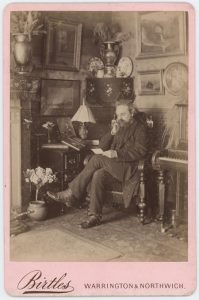 Northwich is fortunate in having the history of it town documented in many hundreds of photographs taken when photography was in its infancy in 1891-2. The subsiding properties in the town were a great attraction for a ‘day out’ for visitors to come and view the curious buildings. The visitors bought copies of these photographs in the form of postcards which they sent to their friends and relatives using the already 40 year old postal service.

However, although interesting for the visitors, the subsidence caused by the local brine pumping was proving a major problem to the town of Northwich and other areas in Mid Cheshire. Thus in 1871 the Northwich Salt Chamber of Commerce requested that the Board of Trade investigate the problem and it reported in 1873. This led to the “Brine Pumping (Compensation for Subsidence) Act” being passed by Parliament in 1891. This Act set up compensation boards that were responsible for collecting an annual levy from the local brine pumpers in their district. It also allowed them to assess claims for damage and pay compensation for agreed damage, funded by the annual levy. Although the Act was aimed at Mid Cheshire, in fact only one compensation board was set up, and that was for the Northwich district and thus the Cheshire Brine Subsidence Compensation Board came into being. It is still in existence today.

In order to be able to assess the claims it was decided by the Board to appoint a photographer to take a series of photographs to record the state of the properties in Northwich at the start of the Brine Boards work. Thomas Birtles was awarded the contract and he went on to take 262 photographs of Northwich in 1891-2. It is actually a photographic record of the town at a turning point in its history. From then timber framed buildings were constructed in the town to reduce the damage to buildings from subsidence.

Thomas Birtles had photographic studios in both Warrington and Northwich. 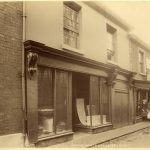 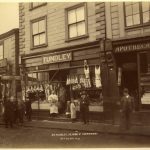 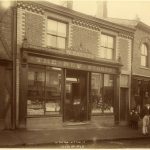 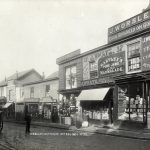 How the project was carried out

Digitising is not just taking a photo of a document or photograph. It involves organisation, conservation, metadata, photography and more. In this case it also involved selecting a way to provide easy public access to the images online.

A list of the images that were missing from the collection was made. This was a fairly simple task as Thomas Birtles had written a number on each image and apart from the occasional ‘a’ number the numbers ran sequentially. It was also checked to see if there were already digital copies of any of the images, to prevent any duplication of work. Any images that had already been uploaded on to the Cheshire Image Bank needed to be found and cross referenced to the master list. A number of the images were held at the Weaver Hall Museum in Northwich and these filled the blanks for images at Cheshire Records office or had digital copies of.

The condition of repair that the photographs were in had to be considered before they could be copied. A badly creased or buckled photograph would be best copied using a camera rather than a scanner in order to prevent the need for flattening the item and thereby causing further damage and it also allowed for more control over the lighting. Fortunately, all the images were in great condition and stored in archival sleeves or between sheets of acid-free paper. Because of this, it was decided to scan them. The sleeves were carefully removed prior to copying the images. This prevented the scanner picking up glare from the shiny surface. The original photographs were then put back into the sleeves after copying.

A few decisions had to be made before digitising:

An Epson A3 scanner was used to copy the images. Each file was carefully renamed as it was created to match the name on the master list and to keep track of progress. This list became an important Excel file with all the metadata required later on it.

Metadata is information relating to a file that may not be obvious when looking at the file on its own and in this case, shows how the file was created and how it fits into the set of images. For this project, the Birtles’ number on each image was captured, in addition to the text written on the image by Birtles himself which could sometimes be difficult to read. Information about which images had been scanned and where the image had come from as well as any notes relating to a particular image were all collated.

We used the metadata extensively when uploading the images to their final home on Cheshire Image Bank. It allowed locations and dates to be added as well as important key words to help users find the images they want.

Finally, all the Thomas Birtles photographs were put together for easy browsing in one of the popular collections Birtles 1890s Northwich or the whole of the image bank can be searched using the top search box on every page.

Digitalisation of Photographs and Birtles’ Collection